Cognitive modeling of different processing modes in task switching: toward an explanation of the effect of aging on switching cost

Cognitive aging is associated with a decrease of executive control ability that results in impaired performance in inhibition tasks (Hasher & Zacks, 1988) or task-switching (Mayr, Spieler, & Kliegl, 2001). Regarding task-switching, mixing costs are generally greater for elderly than for young people (Wasylyshyn, Verhaeghen & Sliwinski, 2011). One explanation of this phenomenon is that individuals fail to maintain task representations in a sufficient active state, (Engle & Kane, 2004). However, this hypothesis can't explain the observation of an equivalent switching cost between young and elderly (Wasylyshyn et al., 2011). Braver and West (2008) made an additional assumption of the effect of aging which presumes a declining ability to maintain goals representations. More specifically, this hypothesis supposes a decrease of the efficacy of proactive control mechanisms (controlled orientation or preparation of activities), resulting in a greater tendency to initiate reactive control processes (on-line processing). 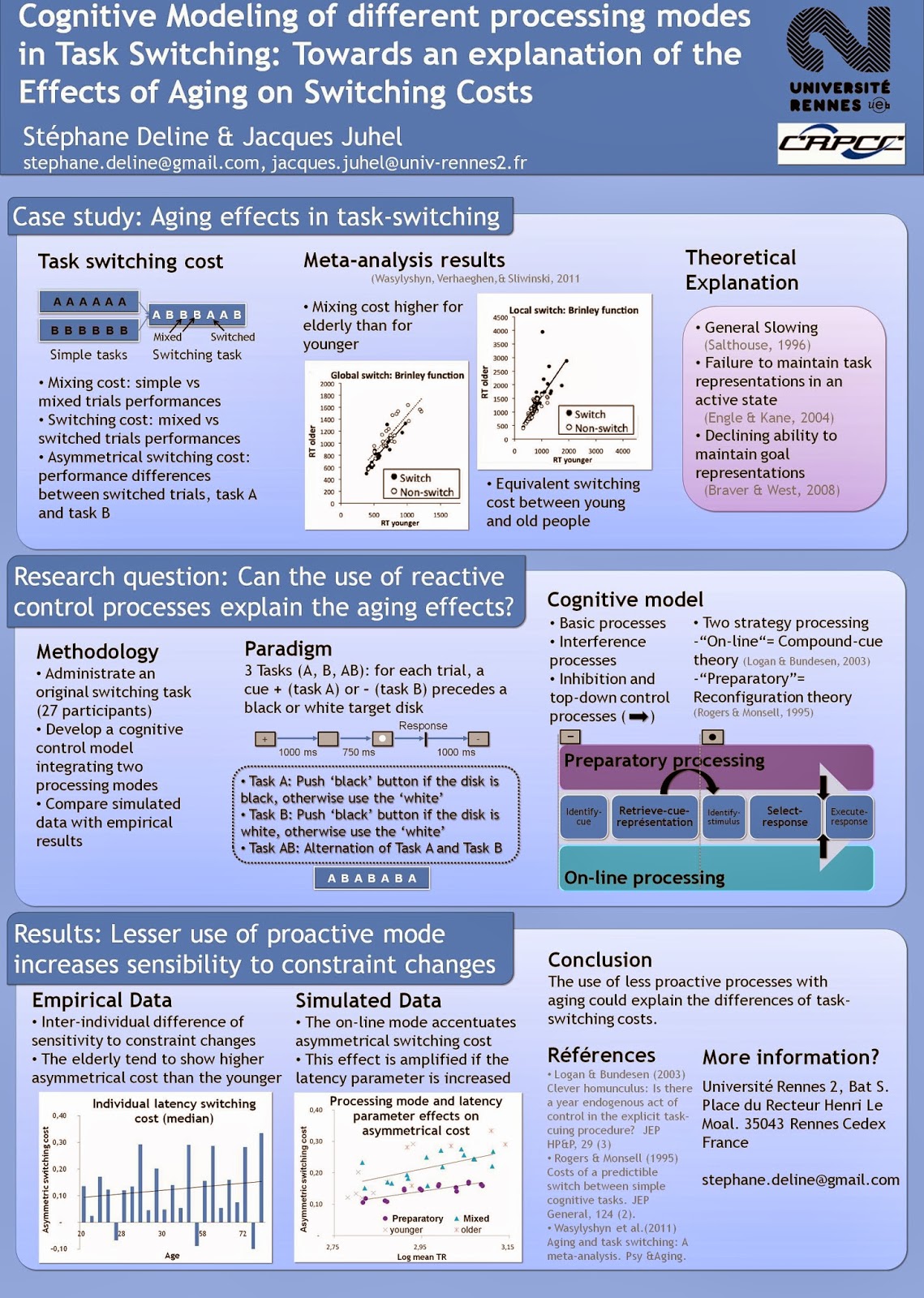